"Aviation is proof that given the will, we have the capacity to achieve the impossible."

Preserving The Past, Recording The Future

Alaska’s long, and storied relationship with aviation began in 1913 when Fairbanks merchants arranged for James V. and Lilly Martin to bring their airplane from Seattle to Alaska’s Golden City. The Martins shipped their crated airplane from Seattle to Skagway by ocean steamer, and from Skagway to Whitehorse to Fairbanks by steamboat. Martin took off from a ball park the evening of July 3 and flew the plane over Fairbanks at an altitude of 200 feet and speeds of up to 45 miles per hour. In all, the couple made five flights in three days at Fairbanks.

Ten years after the Martin flights in Fairbanks, Southcentral Alaska embraced aviation when the entire town turned out to clear Anchorage’s first airstrip on what is today the Delaney Park Strip.

These events changed Alaska forever, and mark the beginning of a rich history of aviation, unique to the state of Alaska. A heritage we believe is well-worth saving.

Watch a short video on the important role aviation has played in Alaska.

Aviation: It's Been A Change Agent For Alaska

That was also the year four army aircraft capable of landing both on water and land made a round-the-world flight. These float planes touched down at Sitka, Seward, Chignik, Port Moller, Dutch Harbor, Atka and Attu on their 175-day, 26,503-mile globe-circling trip that began and ended at Seattle.

Read more about the amazing history of aviation in Alaska. 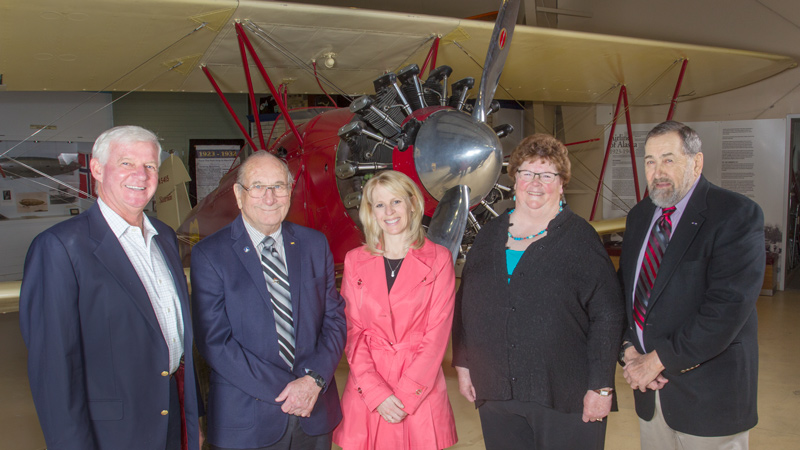 Donations to the Museum’s Endowment can be cash or stocks, a donation of property or listing the AAME as a named beneficiary on an insurance policy, among others. Funds will be invested to grow the principal and provide investment income for future investing and expenditures.

A donation to our Endowment signifies a lasting legacy by the donor with no cost to the donor after the gift is made and, in the case of planned gifts, costs the donor nothing during his or her lifetime.

When you are ready to make a contribution to the Endowment, or if you have any questions, please contact our board of directors to schedule a meeting by calling (907) 771-0515 or emailing info@aamendowment.com.

Types Of Projects We Fund

The Alaska Aviation Museum Board will annually decide where best to spend the money it receives from the Endowment. Typical projects include: